Sandwich and Panini Makers are machines to diversify your lunch (or any meal) experience. A panini, for those that don’t know, is a hot pressed sandwiched. Some presses have interchangeable parts to work with waffles, pancakes, and burgers to name a few foods. 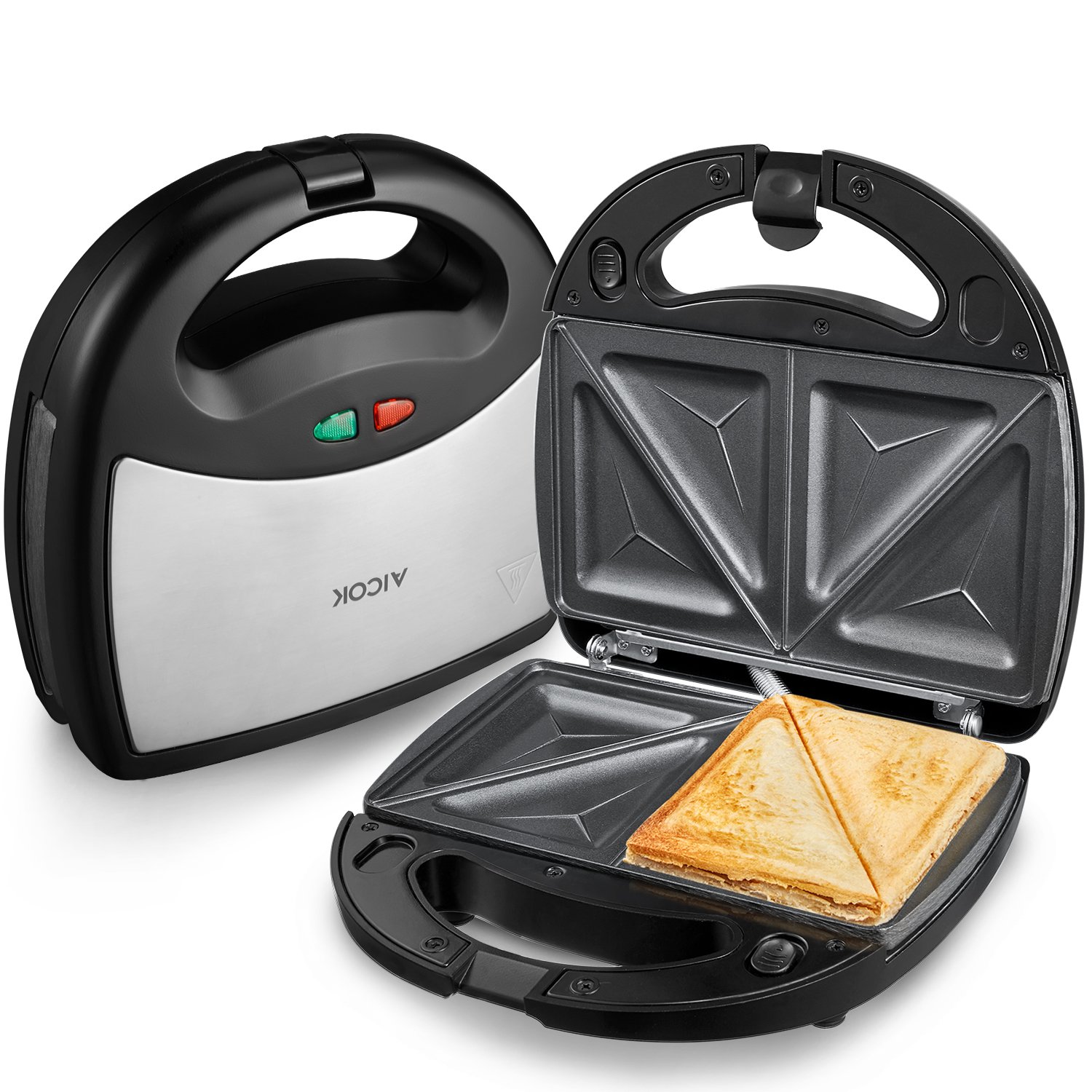 The Aicok sandwich maker has multiple functions with its interchangeable presses. The panini press, in particular, has diagonal cuts in both squares, creating thinly cut slices of each panini. Heat and press steaks, waffles, and pancakes. It only takes a couple of minutes for it to reach nearly 400 degrees, so watch your fingers! 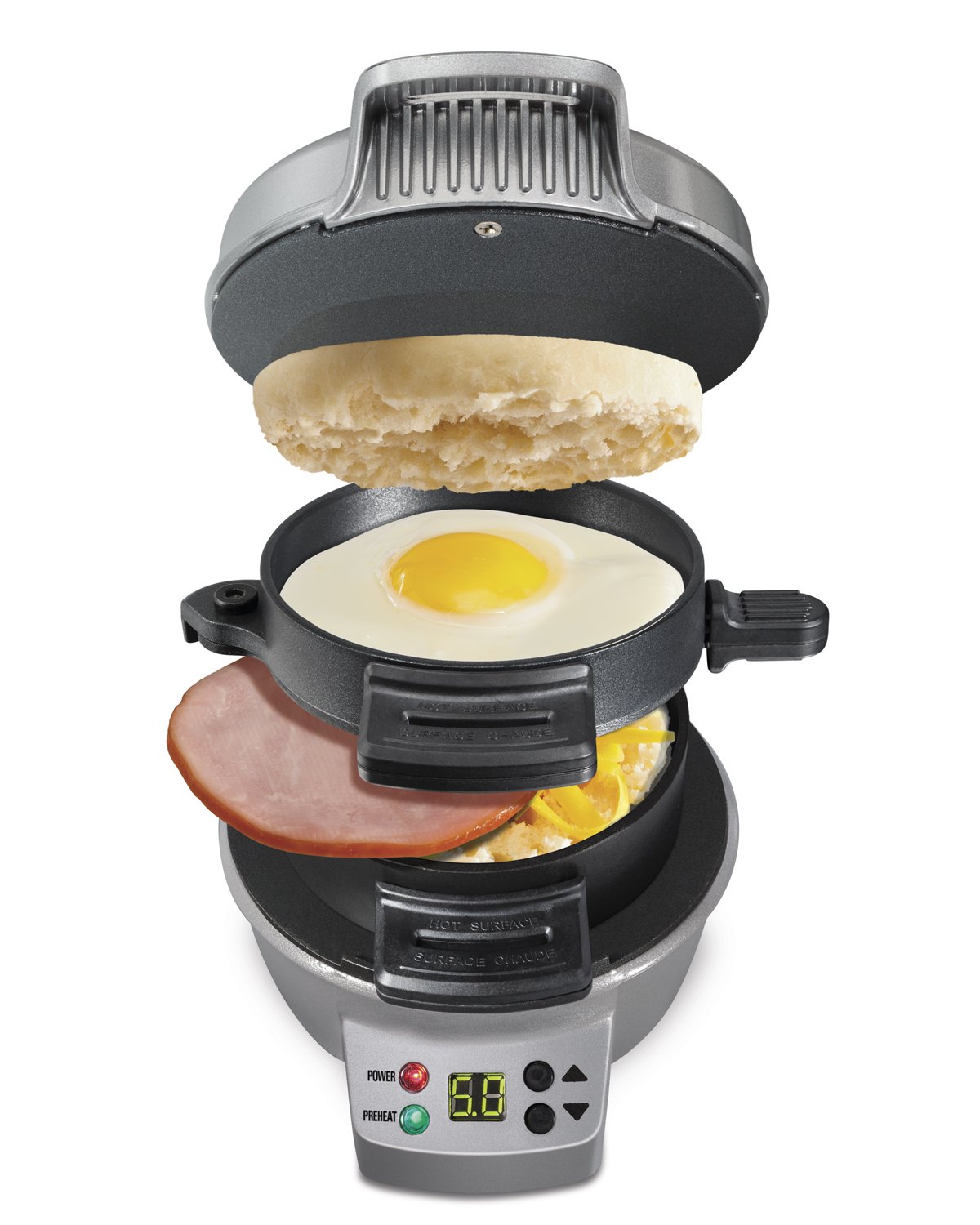 This sandwich maker by Hamilton Beach is pretty unique in that it’s specialized for breakfast sandwiches. You want to mix up the order of your sandwich, with the interchangeable cups that are placed in between the press. The best part about it is that you don’t even need to whisk the eggs (if you want those in your sandwich). Just place the meat, cheese, and pour the egg. 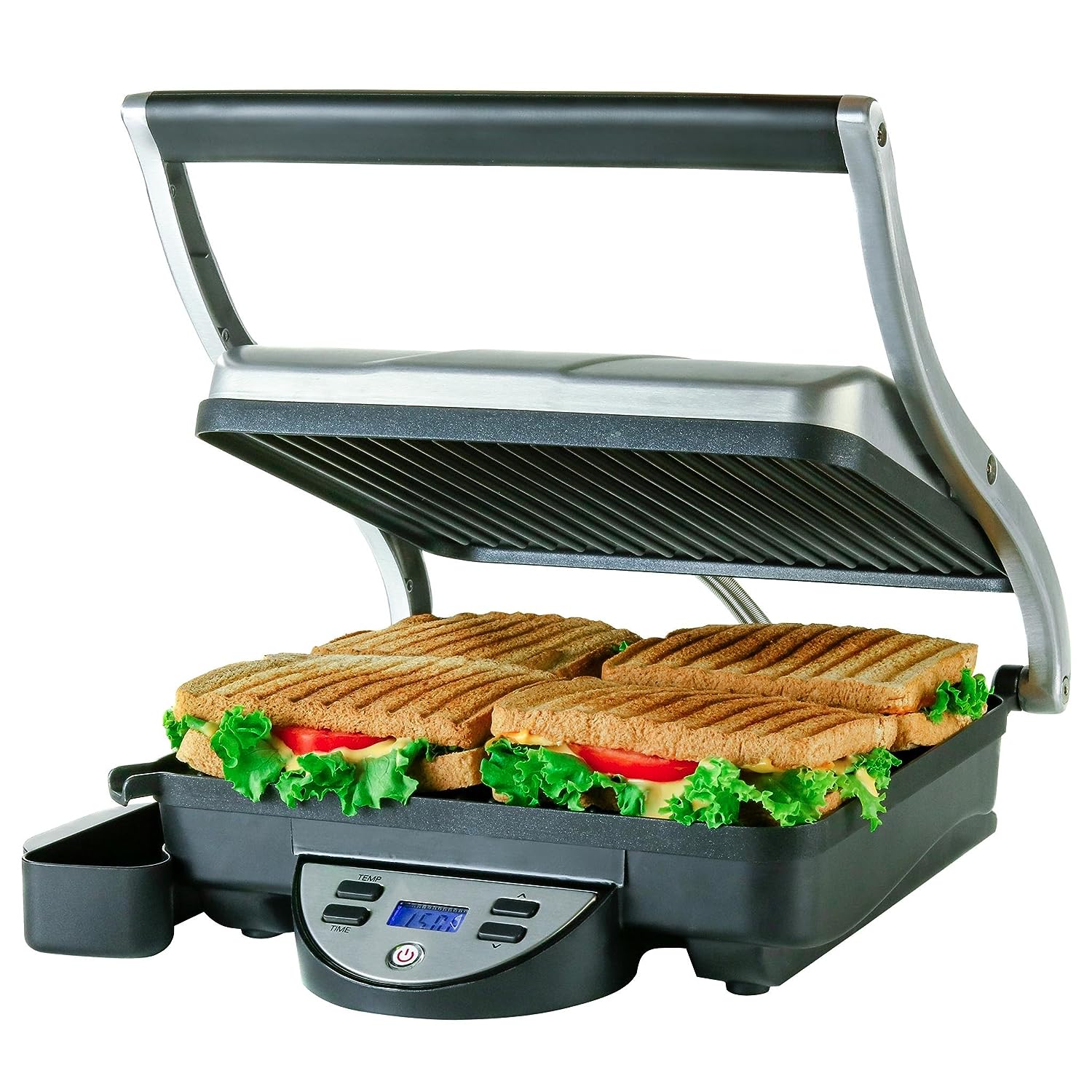 The Ovente electric press has a number of cool little features in addition to being pretty cheap. Under $40, you can fit up to four full-sized sandwiches under the grill. The interface at the bottom of the grill features a time and temperature setting buttons to make sure you’ve got the best-grilled panini. 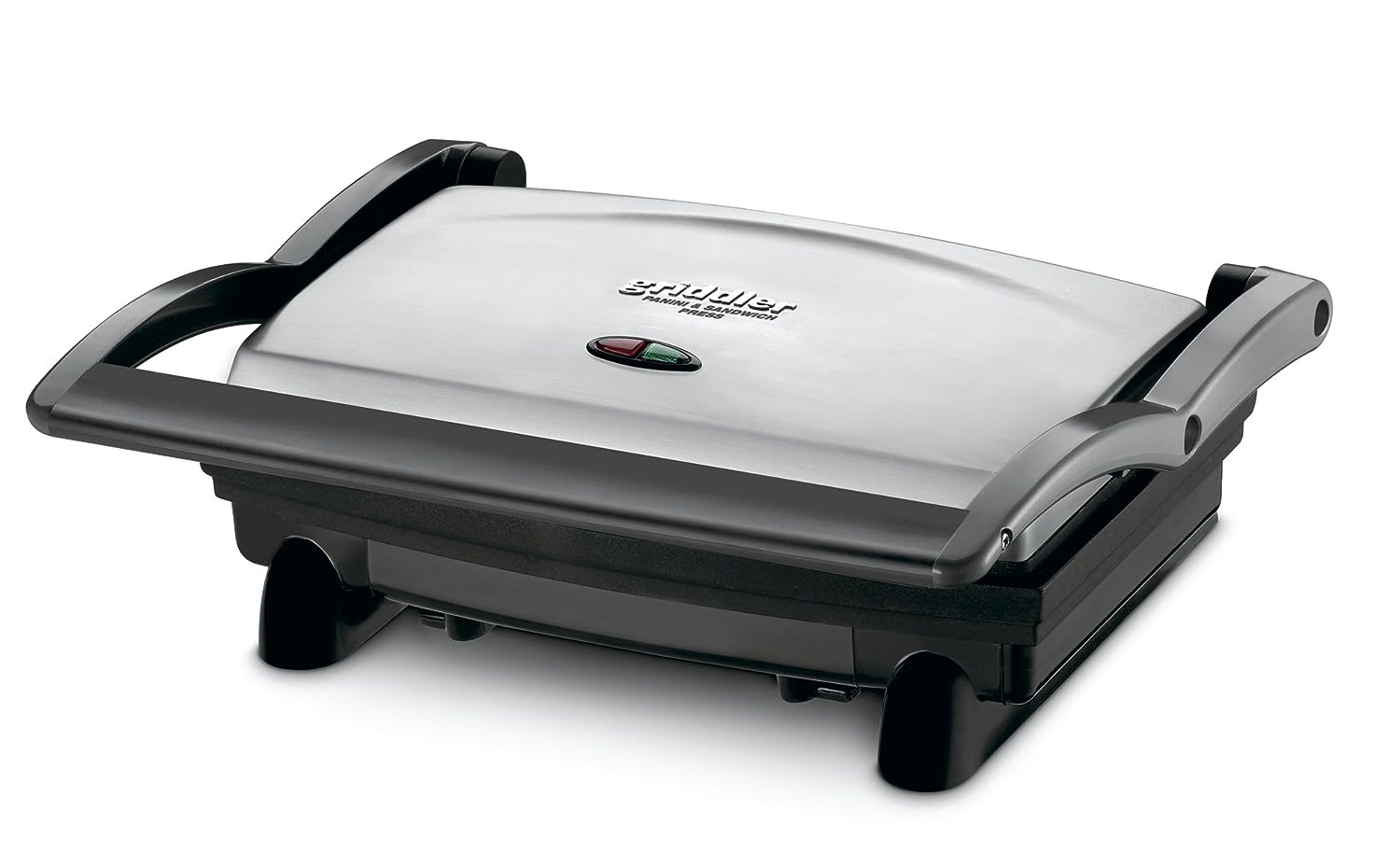 The Cuisinart GR-1 is another simple press with a handle to press down on sandwiches. When plugged in, it runs at a set temperature but has indicator lights to tell you when the panini has been cooked to a good degree. The grill plates are non-removable but they’re pretty simple to clean with the cleaning tool that comes with the GR-1. 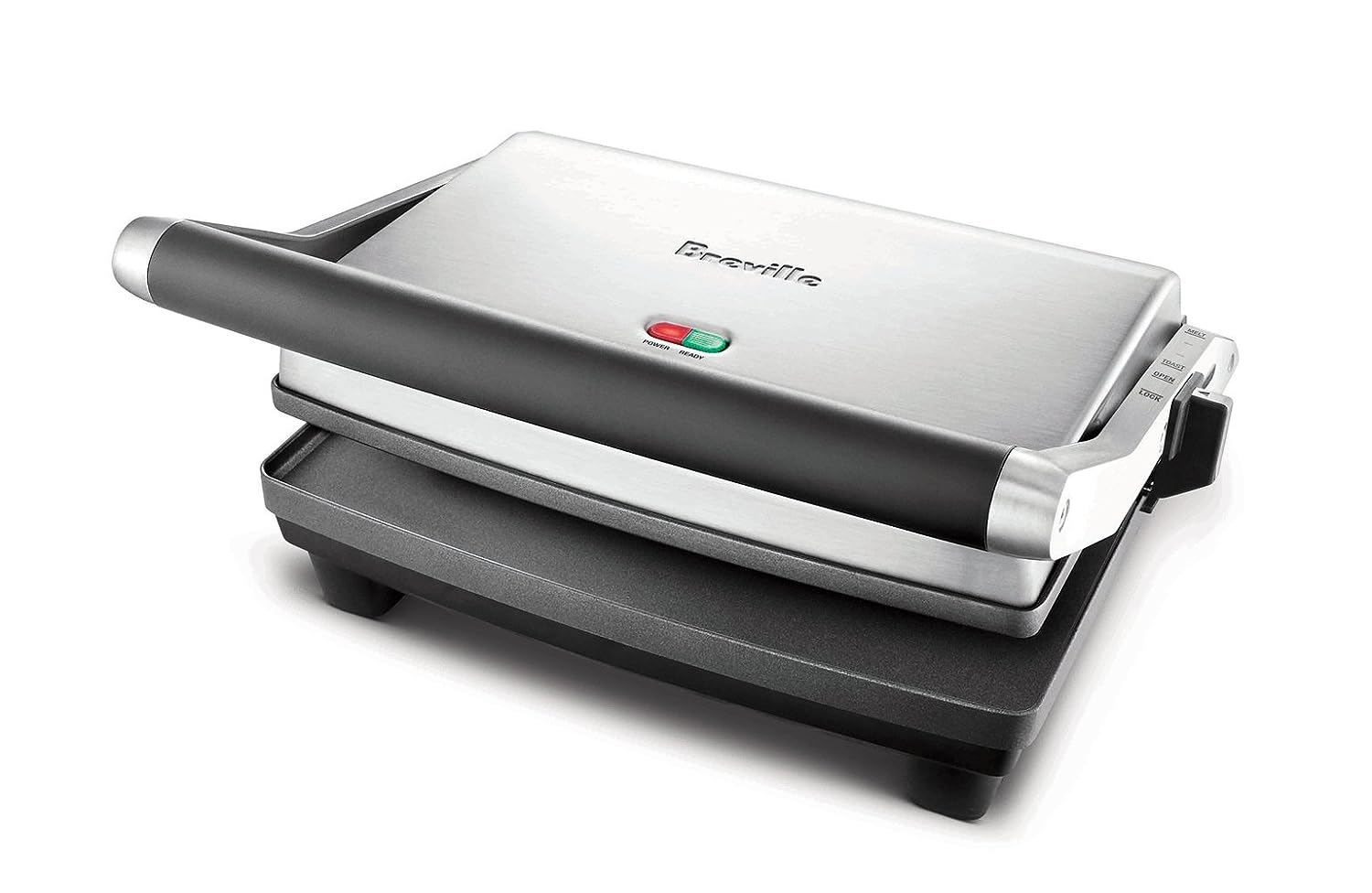 The Breville press is a large press that can fit two sandwiches in the interior. It has a locking mechanism on the side that can modify the temperature for toasting and melting. Somewhere in between the two would be the ideal temperature for paninis.  You can also put it in lock position to prevent the press from opening accidentally if you’re carrying or moving it. 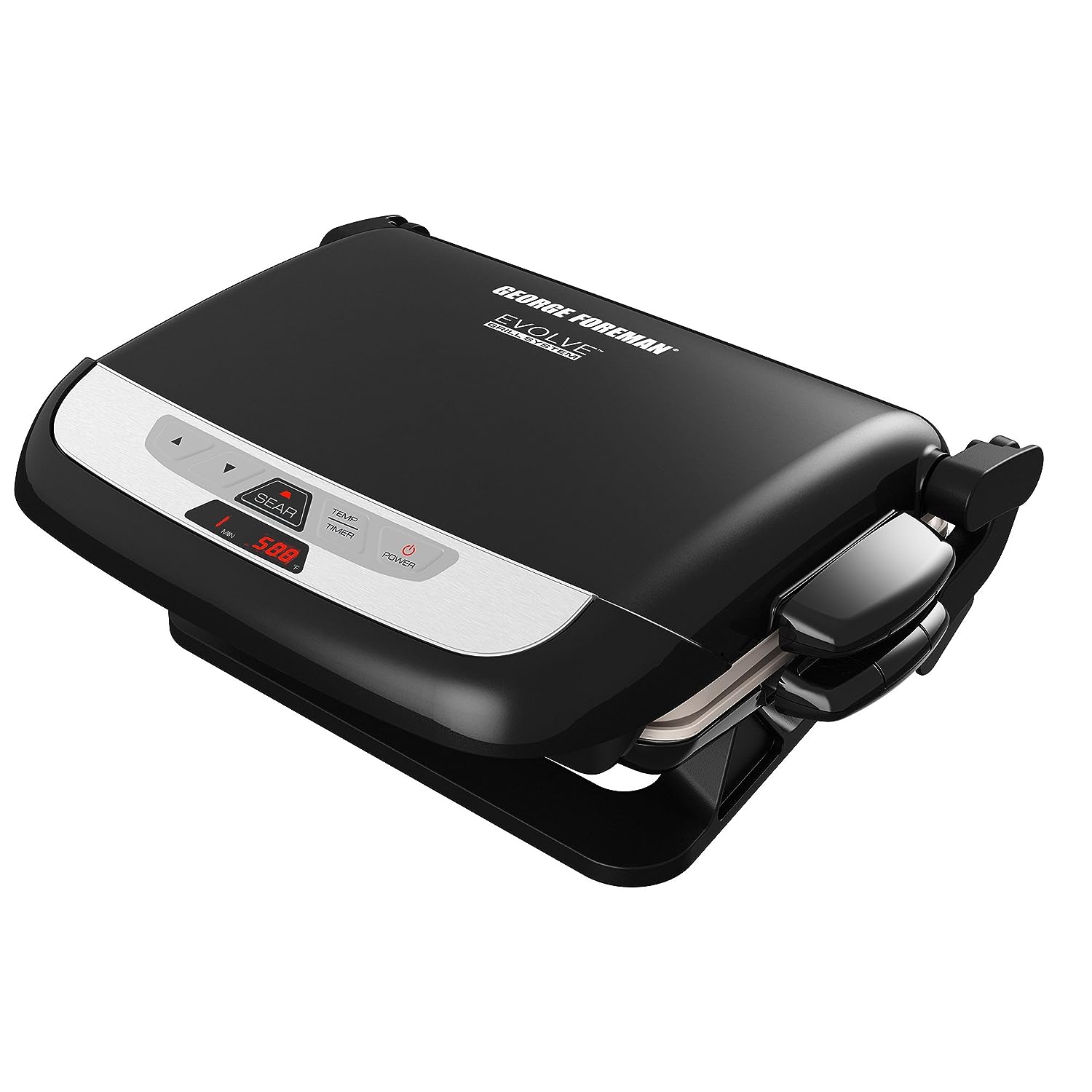 George Foreman grills are popular do-it-all machines. They look like any other normal sandwich press but this one has a lot of interchangeable trays (which you’ll have to purchase separately).

Is A Sandwich Maker Worth It?

A panini maker is for the lunch or meal that you want to take your time with. Many of us take our cold sandwiches to go and heat them up later in the day. A hot press will give you a restaurant style taste that you might otherwise experience. The best part is that they’ll be ready to eat in as little as five minutes.