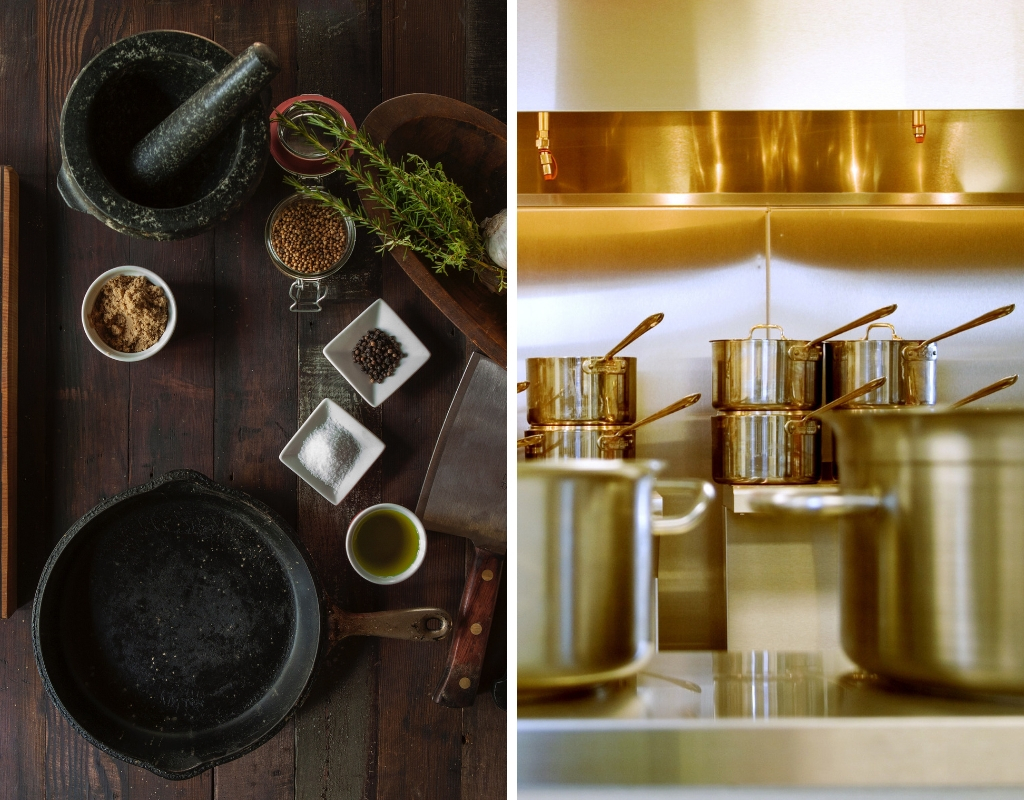 Whether you’re pondering how to cook a delicious cut of meat or considering an investment in a good pan, the decision between cast iron and stainless steel can be a tough one. Both sides have vocal supporters and both types of cookware are useful and versatile. We put the cast iron skillet head to head with stainless steel in several different categories. Read on to see our findings.

Cast iron has long been known as being family heirlooms, cherished for their durability and the way they seem to cook better over time. Cast iron is made by pouring molten cast iron and sometimes steel or scraps into a mold, which results in a heavy, hardy pan. Most of today’s new cast iron pans come pre-seasoned, meaning cooks don’t have to undertake the initial seasoning steps before using.

We are, of course, talking just about raw cast iron — enameled cast iron pots, pans, and other cookware is a different story. Bare cast iron does require time and attention and has to be both handwashed (without soap) after each use and periodically re-seasoned.

Stainless steel, on the other hand, is less finicky when it comes to long-term care and cleaning. You don’t have to season stainless steel and you can wash it with soap (we recommend ALWAYS handwashing you stainless cookware, but most of it is technically dishwasher safe).

A stainless pan is not usually just straight stainless steel. Because stainless is a poor heat conductor, most cookware will have a layer or ‘core’ of another material — typically aluminum or copper. Most of the quality stainless cookware you buy will be 18/10 (18% chromium/10% nickel) but more expensive pieces and sets will have more layers (cladding). Tri-ply is very common in premium sets but more companies are bumping their layers up to 5-ply.

Before we look into some specific areas, here’s a quick peek at the key differences between cast iron and stainless:

These differences might make it sound like the clear winner is stainless, but it’s not that simple. Despite those differences, cast iron does an amazing job of retaining heat and cooking evenly. Its durability and heft grant it legions of fans and it’s not uncommon for cast iron pieces to last lifetimes.

Both types are great at searing meat, retaining heat, and being highly versatile. Both can go from stovetop to oven (though the cast iron skillet can usually take even higher temps once in there). Both require precision and practice to learn to cook properly with the cookware. And in cast iron’s favor: this type of pan can develop a nonstick-like interior when well-seasoned. Stainless will never be nonstick, though cooks develop techniques to keep food from sticking. Plus, cast iron is more durable and won’t warp — something that can happen to stainless.

Cast iron is fantastic for both conductivity and retention. In general, it does take quite a while to heat up, but once it does it offers mostly even heating (depending on your hob and stove type) and holds temperatures extremely well. Cast iron can be used on all types of cooktops including induction.

Stainless steel by itself is a terrible heat conductor, which is why most stainless cookware has one or more inner layers. How well it performs will depend on the material used in that inner core, the number of layers, and so forth. As a rule of thumb, copper is the best option for the inner layer, but it’s more expensive. Aluminum still works well and is less expensive — the difference in heating between copper and aluminum is technically pretty minimal, but many cooks swear by copper cores. Most stainless can also be used on all types of cooktops including induction, but it’s not guaranteed (so always check!) 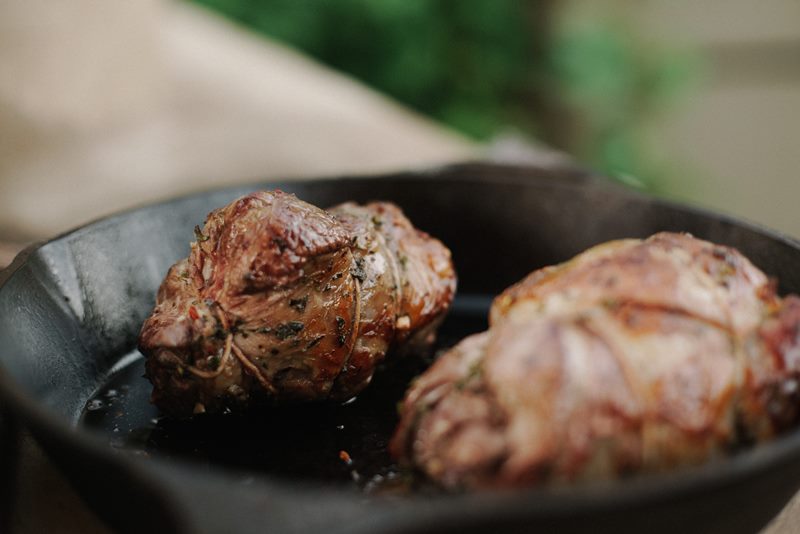 To sum up: Stainless heats quicker but cast iron will heat longer. There’s some disagreement about even heating in cast iron — some say it heats evenly, others experience issues with hot and cold spots — but stainless should heat fairly evenly (if it’s a high-quality pan). However, both work for most cooktop types and both can withstand the oven.

“Healthiness” is something a lot of people talk about regarding cookware. Nonstick, for example, gets a bad rap for being “unhealthy,” and this distinction dates back to the discovery of PFOA’s toxicity. PFOA was commonly found in Teflon, but today few cookware companies use it. Instead, most use PTFE, which is widely considered to be a safer alternative. Even so, there are still concerns about any nonstick surfaces as so many unknowns lurk in the chemical makeup. And, there are both potential and proven issues when nonstick pans are heated too high. The biggest issue with today’s nonstick cookware is that it can begin to break down at high temps and the coating can begin to flake off.

While there is less to worry about with a lot of the nonstick cookware out there — notably hard anodized aluminum — many cooks want to stay away from nonstick completely. Then comes the question: how healthy are stainless and cast iron cookware?

Before I answer that question, a caveat: In my experience, every single thing we cook with has been deemed “unhealthy” or “unsafe” by someone, somewhere. Entire websites talk about “healthy” cookware and it seems as though everything should be feared according to some of those sites. This is just to say: you’re going to find conflicting information no matter what and there is a lot of fear-mongering out there. 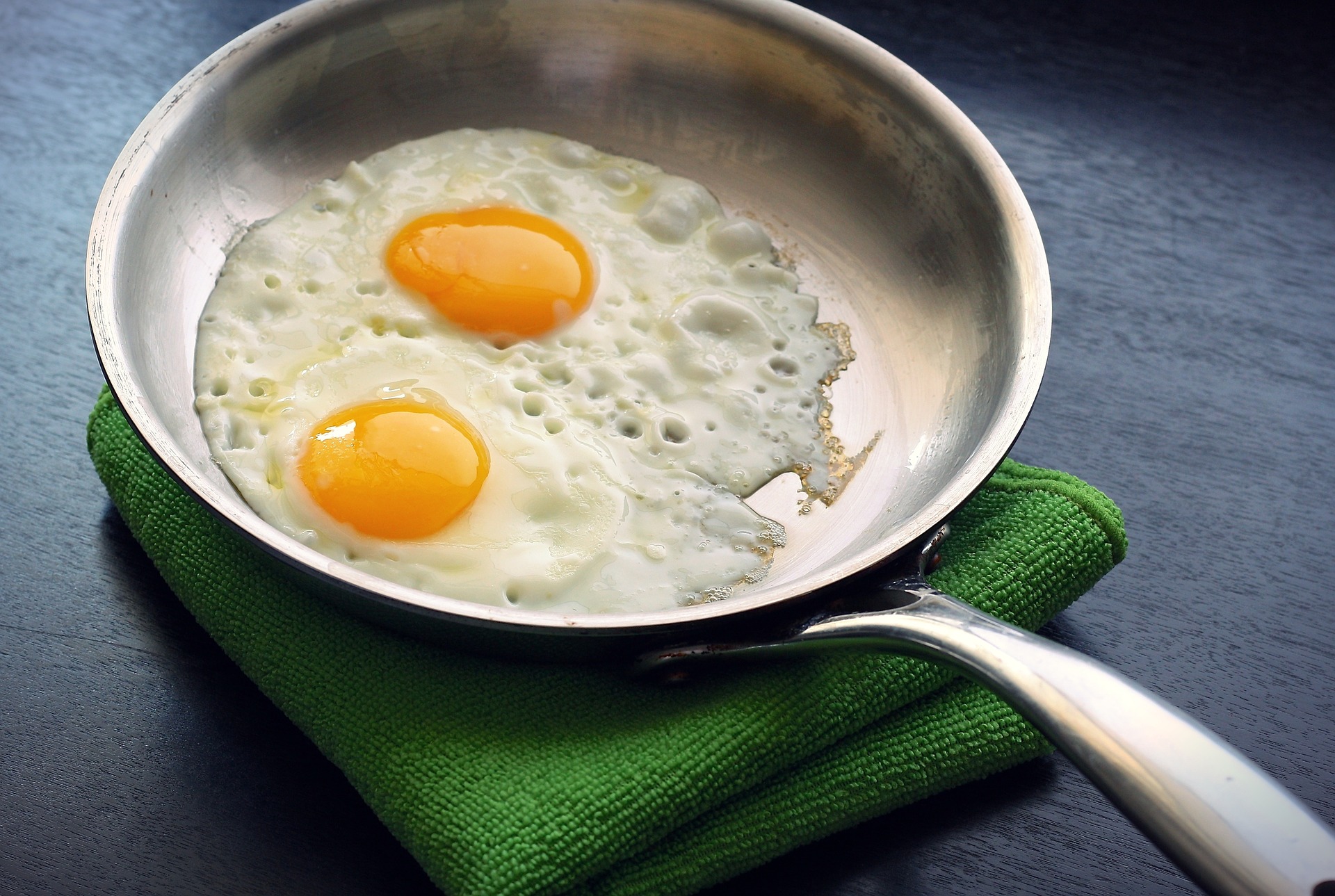 Cast iron is chemical-free. That means none of the stuff found in nonstick is found in a cast iron pan. However, cast iron can leach iron into your food.  Some say this is a health benefit; others warn of potential hazards due to too much iron. I haven’t found a credible source stating that cast iron is, in fact, dangerous, and most say that it’s perfectly safe. As always, check with your doctor if you’re concerned.

Stainless is also chemical-free. It doesn’t leach iron like cast iron. Most stainless cookware does have nickel, so those with allergies to it will want to find nickel-free cookware. Now, we could say that stainless is less healthy than some cookware because it demands more fat added in order to have some foods not stick. However, you can use fat besides butter (like olive oil) and not have so much added calories.

Bottom line? Both are safe, but iron and nickel contents might be questionable for some individuals.

Both of these cookware materials are a dream for cooking meat. Cooks might prefer one over the other for the right kind of sear, but both require a certain technique and a few precautions.

Let the meat sit out and take some of the chill off — this is particularly important for stainless as it’s going to be more affected by the drop in temp when you put cold meat in the hot pan, but is good practice for either. Also, make sure to pat the meat with a paper towel and season it before throwing in the pan. This will help develop that beautiful crust you’re looking for.

Another tip for searing in either pan: don’t move the meat until it’s ready. If there’s still resistance when you try to turn it, it needs a little more time! This is the biggest mistake cooks make when moving from nonstick to stainless. The pan will naturally release the meat when it’s ready to be flipped.

So which is better? If you guessed “it depends,” you’re correct.

I prefer making a pan sauce out of the fond in a stainless pan over my cast iron. I tend to get a better sear from my stainless, too, but that could be because my cast iron is so well seasoned that it’s nearly as nonstick as regular nonstick pans. A newer cast iron might be as good or better than stainless.

It also depends on the pans you have: If the one you’re trying to use has hot spots (whether stainless or cast iron) — that can change your ability to sear evenly. Overall, my opinion is that stainless is best for searing, but cast iron is great for browning the meat before a longer cooking situation.

My cast iron skillet is my go-to for any slow and low cooking and anything that goes from stove to oven. Here’s a general guideline of what kind of cooking is best for each.

I say “everyday cooking” under stainless only because it tends to be a bit easier to clean and store than cast iron. However, there are plenty of cooks who use their cast iron every day (including my mom)! 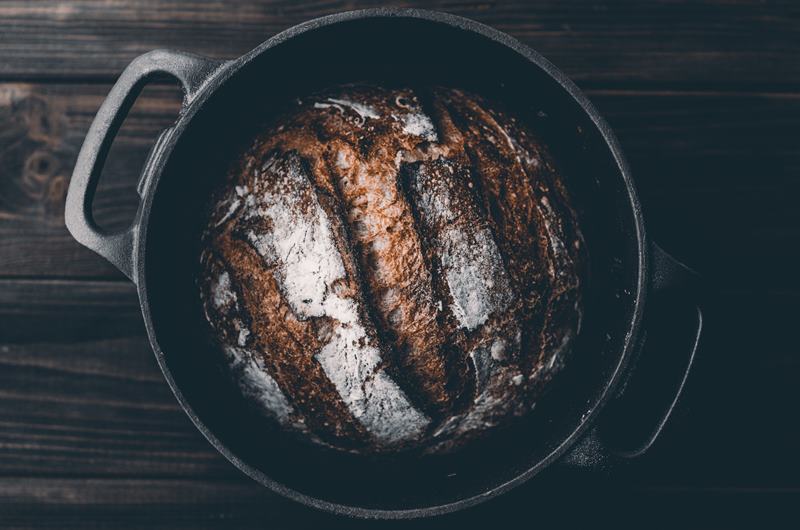 As I just said, stainless is a little easier to clean, but for best results, never put your stainless through the dishwasher. You’ll have better looking and longer lasting cookware if you hand wash. I won’t lie to you and say I never run my stainless through the dishwasher, but I definitely try to hand wash and dry thoroughly each time I use it. For stubborn stains, rainbow marks, and other cleaning woes, Barkeeper’s Friend (or any other similar cleaner) works great. You can also use vinegar and baking soda for general cleaning and to attack stuck on stuff.

Cast iron requires a different kind of cleaning approach. For one, you should never use soap for your regular cleaning (though some will dispute this). You have to dry it thoroughly to avoid rust, and it’s a good idea to add a thin layer of a neutral oil before putting it away. Some cooks do a whole thing after using it and put it in the oven for a while after it’s cleaned and oiled. I don’t do this. But it might be worth investigating if you don’t use it daily or you want it to be in peak condition.

As for utensils, manufacturers usually say any kind — including metal — is fine for both types of cookware. However, do note that using metal utensils will eventually add some scratches (or ‘character’, if you prefer) to your stainless. And, sometimes you get black flakes from cast iron. Those flakes aren’t necessarily the coating, they are more likely stuck food stuffs from previous cooking. Wood, silicone, and other softer utensils might be preferable, but the key thing to note is that you can use metal for each.

When Stainless is Best

And finally, here are all the perks of stainless over cast iron:

Bottom line? Both cast iron and stainless are excellent cookware materials. A lot of what we’ve discussed here is based on preference, so what will work for you will depend on your own experiences and preferences. Of course, I’d suggest you have one of each, but if that’s not possible right now, hopefully you have a good sense of which way to go for now.

Have more questions? Want to add to my thoughts here? Head down to the comments below and let’s chat!