CES is the yearly international Consumer Electronics Show that over 170,000 attendees and over 4,000 exhibitors flock to each year in Las Vegas, Nevada. This year, CES ran from January 9-12 and we had a chance to go check it out. 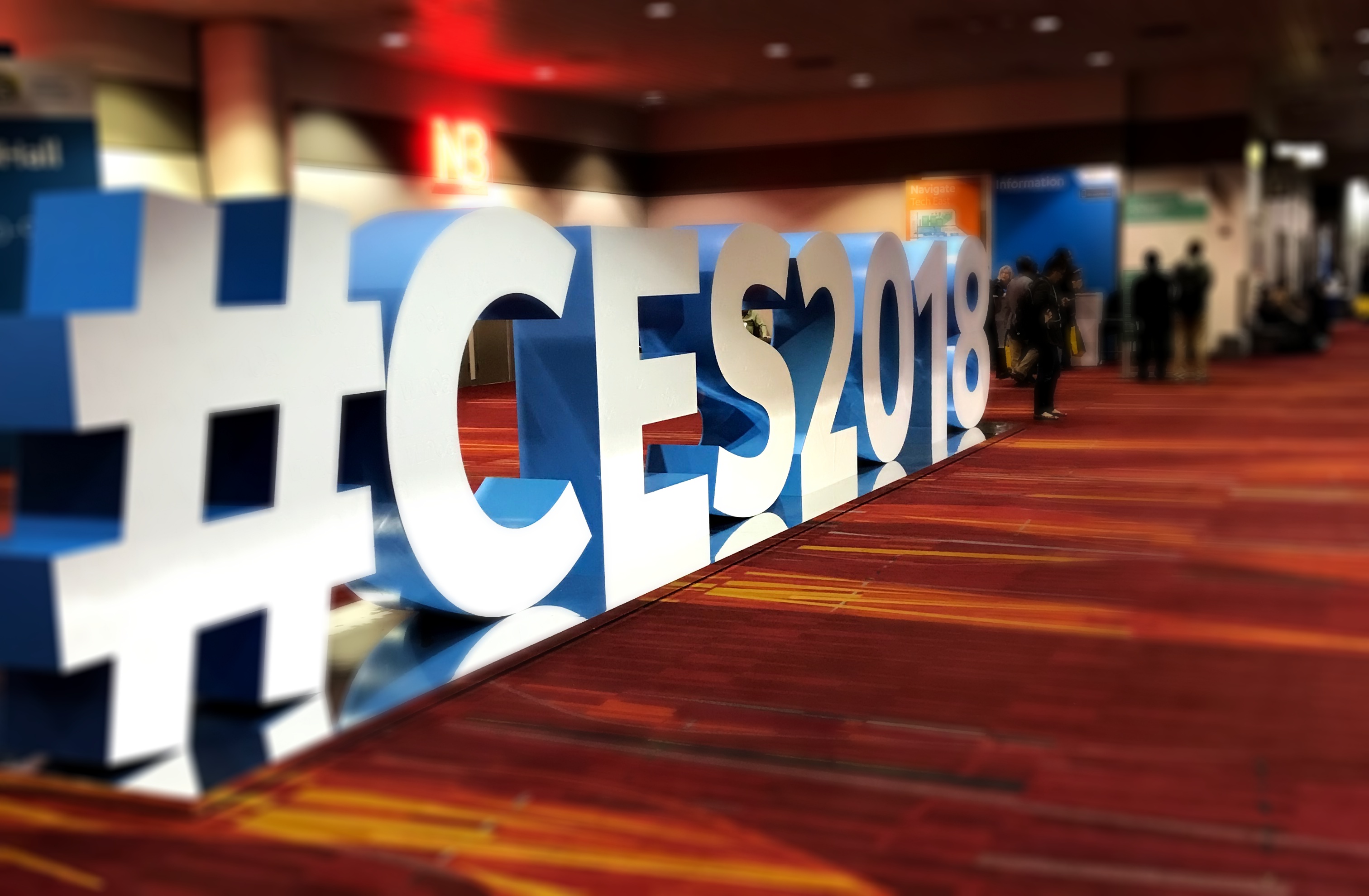 “Smart” was the buzzword that stretched far and wide, from building to building and booth to booth. Smart home technology was everywhere, with companies adding AI, voice recognition, Alexa, Google, and more to everyday and advanced home products. Smart appliances from Whirlpool, GE, and LG showcased some impressive technology that may soon be in your kitchen.

One of the things I appreciated about the smart appliances on the show floor is that they seem both practical and realistic. So much of CES is about these wild concepts that don’t make much sense practically, and many of the splashiest products at CES on any given year will never even make it to the hands of consumer.

Smart home products, and especially smart appliances, on the other hand, are already a thing in many homes. More and more smart home products are becoming standard, so it makes sense that the kitchen is one place where the tech can really shine. That said, I’m pretty excited about the future of our kitchens, though none of it is inexpensive at this point.

Here are a few of the products we had a chance to check out this year at CES.

Whirlpool’s big, open booth allowed visitors to appreciate the great design of their smart kitchen appliances and get their hands on some of the new products — a whopping 25 new models will be hitting retail floors this year, so Whirlpool made a splash at the show. At the center of the booth was Yummly, the cooking app acquired by Whirlpool. Whirlpool announced at CES that the new version of the app will pair with some of the smart ovens, making “guided cooking” even better with Whirlpool devices.

Whirlpool also threw its hat into the ring of connected refrigerators with a new smart fridge. The $4,400 fridge features a much smaller touchscreen than its competitors from manufacturers like Samsung and LG (which have huge screens). The screen provides you with information ranging from tips and suggested times for tasks as well as features that make for better energy consumption and reminders. Whirlpool’s smart fridge can connect to Amazon for easy to use Dash Button ordering. And finally, Whirlpool’s latest CES announcement is that these connected appliances will soon work with the Apple Watch, making them the first smart kitchen appliances to do so.

Whirlpool also showcased its Smart Front Control Range, an oven that connects with your smartphone or tablet to send cooking instructions straight to the appliance. This is another device that integrates with Yummly, making dinner time simpler for busy home cooks.

GE previewed the products they would be showcasing a few days before CES kicked off, so show-goers knew to expect a huge line of “smart” everything from the tech giant. For the kitchen, GE’s main attraction is what they call the Kitchen Hub, which is essentially the control center of a connected kitchen. 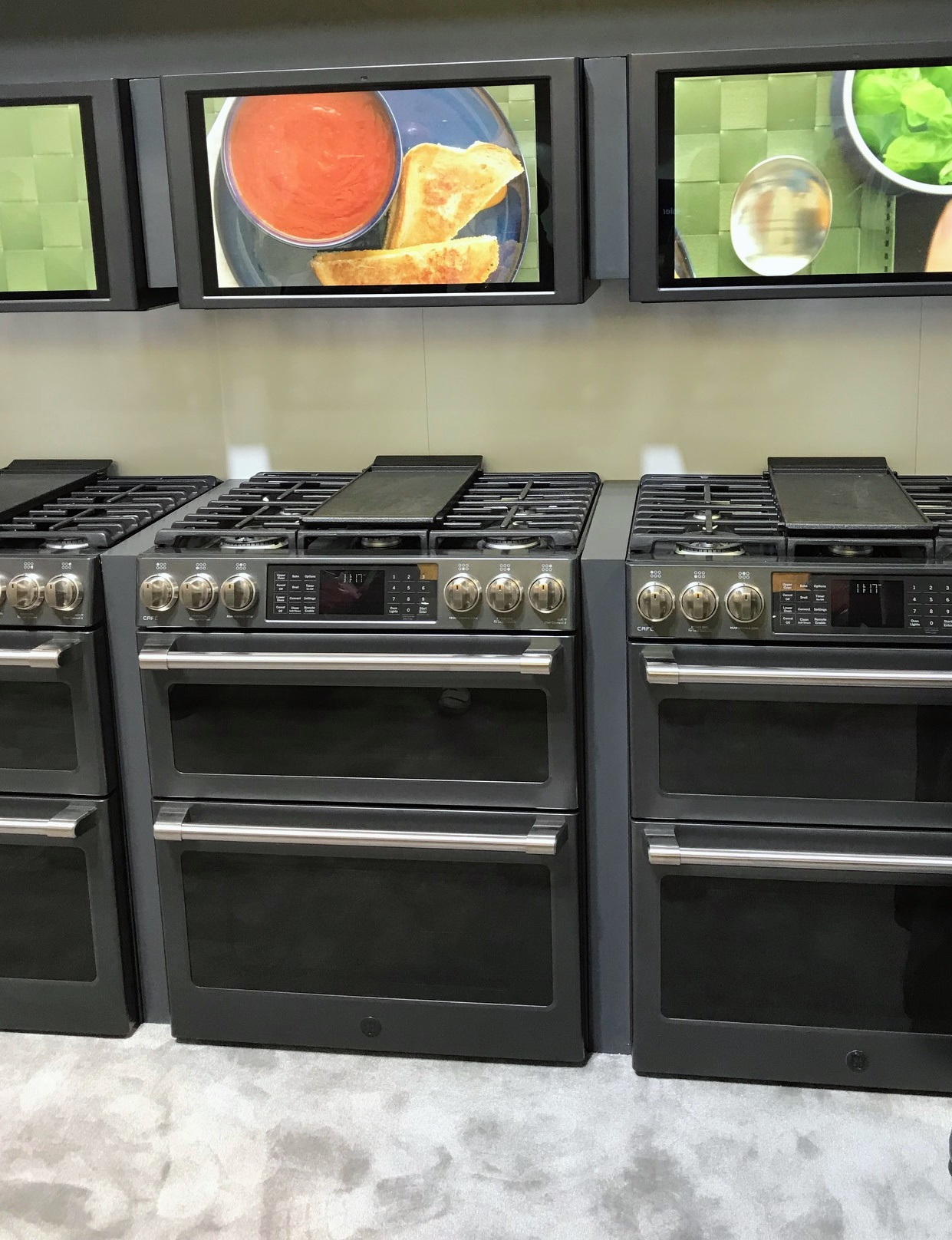 The Kitchen Hub is a 27-inch touchscreen that allows you to do everything from look up recipes to take pictures of your food. It does require, of course, that you use all GE appliances in order to get the full effect, and it takes up a lot of space in the kitchen. It’s hard to imagine that this will be a huge hit, but perhaps it signals a future look of our kitchens?

GE also followed the biggest trend of CES: voice activation. GE boasted of their products’ integration and use with Google Assistant.

Perhaps no manufacturer in the kitchen realm was bigger at CES than LG. At least that’s how it seemed to me. I couldn’t even get into their booth at several points, and when I did get closer to the appliances, there was a crush of other people around. I heard a lot about LG in CES literature and in articles online from big tech magazines. Overall, LG was huge this year.

It was their wi-fi DeepThinQ IoT platform that set off the buzz. ThinQ is all over all the LG products, but in the kitchen this means tech that learns about you, connects, and essentially works to make things more convenient. 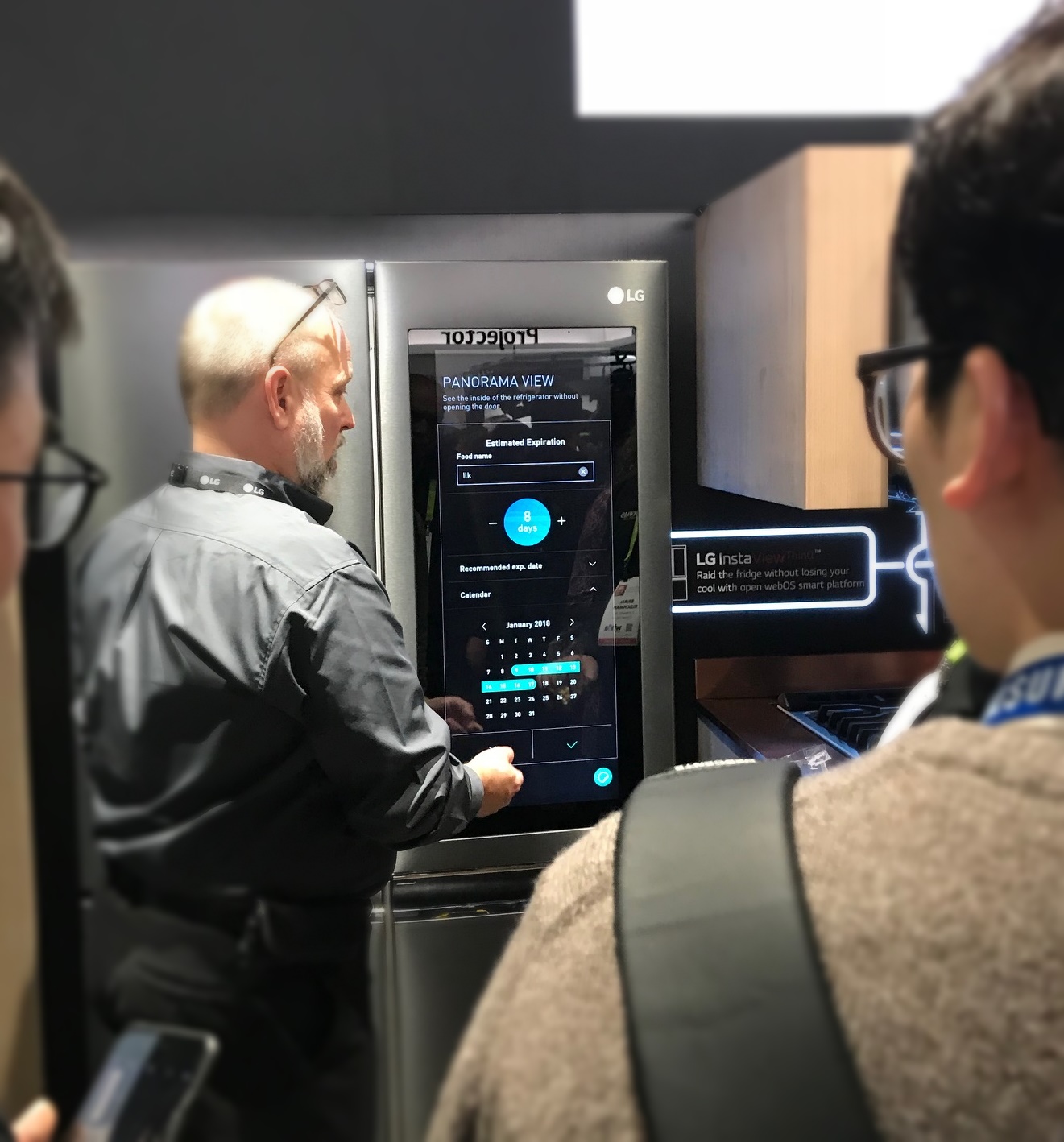 The refrigerators showcased are pretty impressive. Both are called InstaView and feature a touchscreen panel to help you keep track of the contents and save recipes, as well as play music and even more. The InstaView also lets you see what’s inside without opening the door. Simply knock on the door and do your window shopping from outside.

LG also featured the Signature Range-Oven, which includes Professional Dual Fuel to get the benefits of gas cooktops and electric ovens all in one, ProBakeConvection, Infrared heating, and EasyClean for the fastest cleaning possible (10 minutes).

Somehow I missed the Samsung booth, but, as you’d probably guessed already, the Samsung kitchen appliances are doing the same kind of thing as all these other brands. Samsung’s main kitchen product was the Family Hub smart refrigerator, which works with the rest of the manufacturer’s smart home devices. The Family Hub can communicate with third-party apps and other Samsung devices.

Which products sound most interesting to you? Are you looking forward to smart appliances in your kitchen?