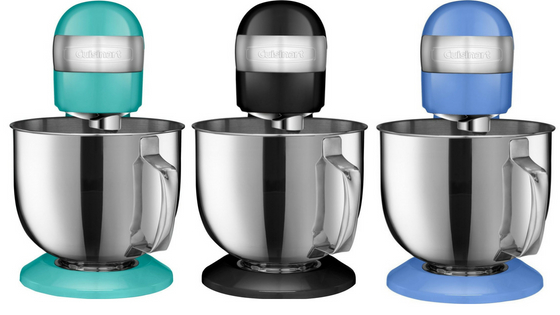 This Cuisinart 5.5 quart stand mixer is the best alternative to KitchenAid and the best stand mixer out there that comes in at the under $200 mark.

While most immediately think of KitchenAid when considering a stand mixer for their kitchen, there are actually some other really solid choices out there that aren’t from the brand. Cuisinart made our list of the best stand mixers and we are firm believers that this is an excellent value and great product.

We created this in-depth review of the the Cuisinart SM-50 so you have all the info you need about this affordable and handsome kitchen appliance. 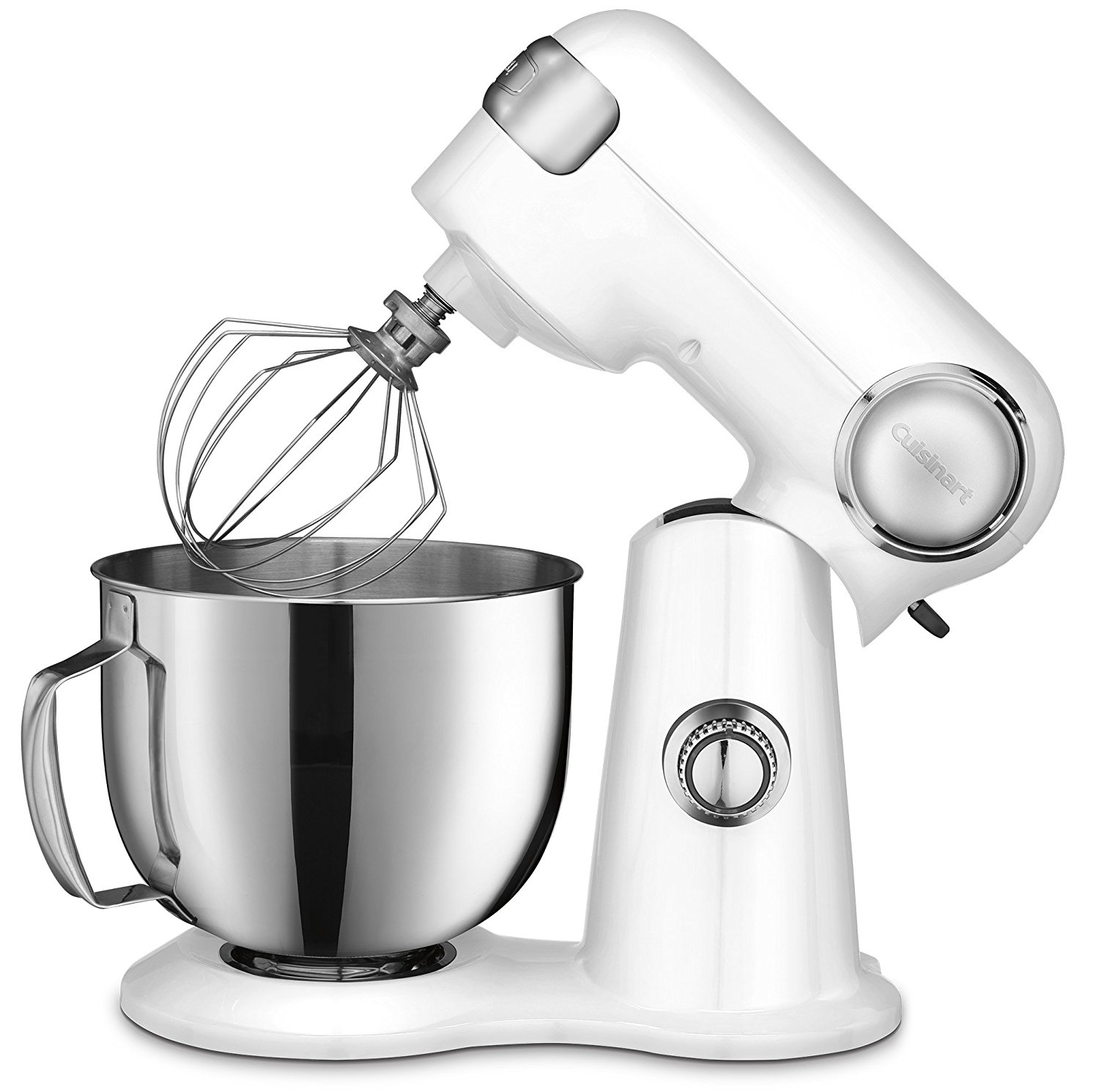 The Cuisinart mixer has a great look that’s reminiscent of the KitchenAid mixer. It looks as stylish on the counter as any other more expensive stand mixer. However, it doesn’t come in the same range of colors as KitchenAid — though there are still plenty to choose from.

As you can see from this image, the head tilts in the manner you’d expect, though it does take both hands to lift it which is a definite design flaw. Most stand mixers have a more convenient lifting ability which makes using it easier when your hands are covered in ingredients.

The adjustment knob is a round one on the side. It has 12 speeds to choose from, so it should work for every purpose with no problem. The motor is a powerful 500-watts and facilitates beautiful mixing each time.

The included bowl is stainless steel and holds 5.5 quarts. The spout on the top is a little on the small side, which can make it difficult to pour ingredients in while the mixer is in use. 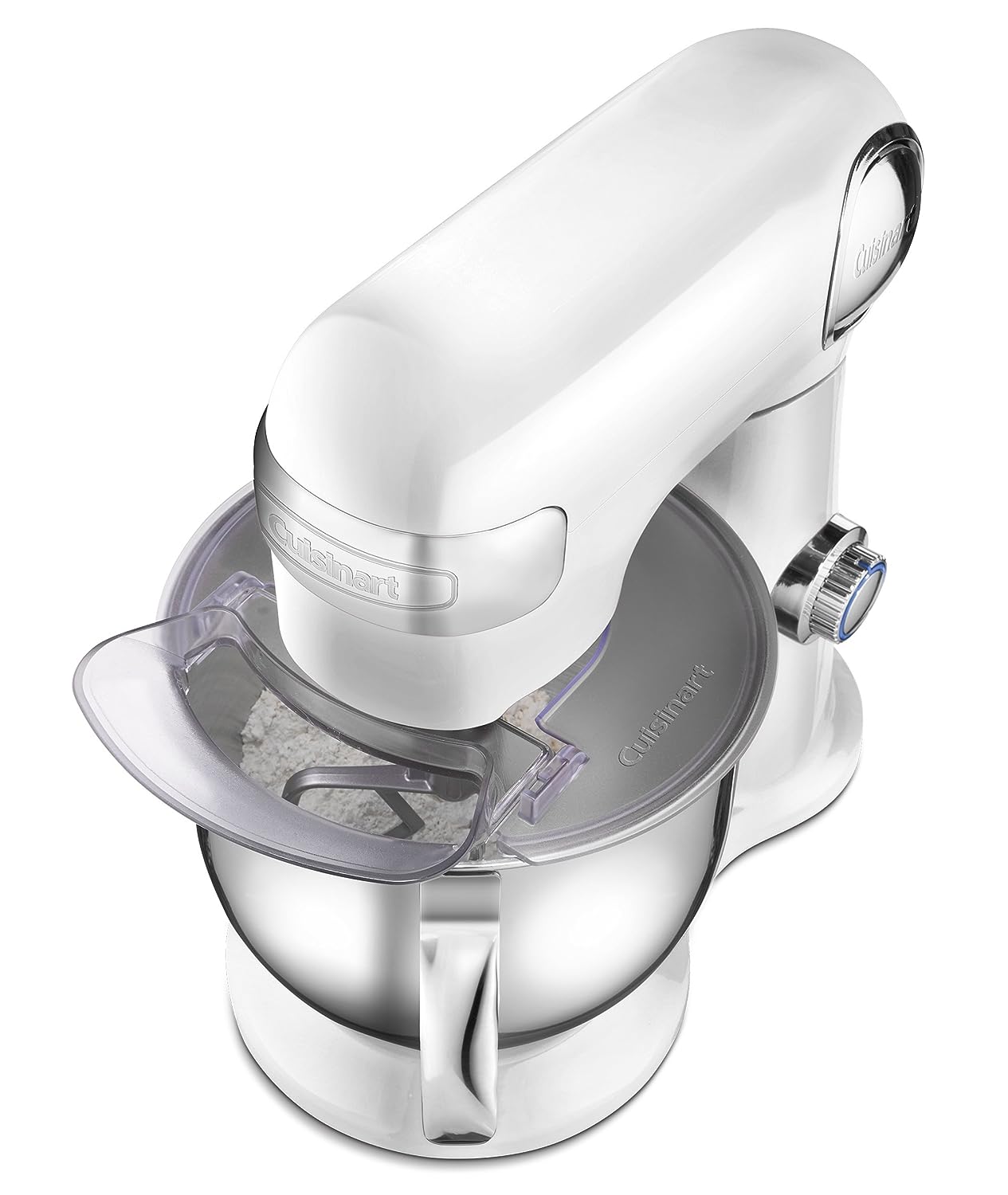 Along with the bowl and stand, the Cuisinart comes with a whisk, dough hook, and flat paddle attachment.

There are also plenty of additional attachments that you can buy to further the versatility of this stand mixer, including an ice cream maker, meat grinder, and pasta maker. You won’t find much lacking in terms of add-ons if you choose this over a KitchenAid.

It’s hard not to consider the positive aspects of this stand mixer in relation to the KitchenAid mixer because they are so similar, and because many shoppers are comparing the two. Many of the key features of the Cuisinart — such as speed settings and price — beat out the KitchenAid mixer. We’ll put these two head to head in a different article soon, so for now here are the best features of the Cuisinart SM-50: 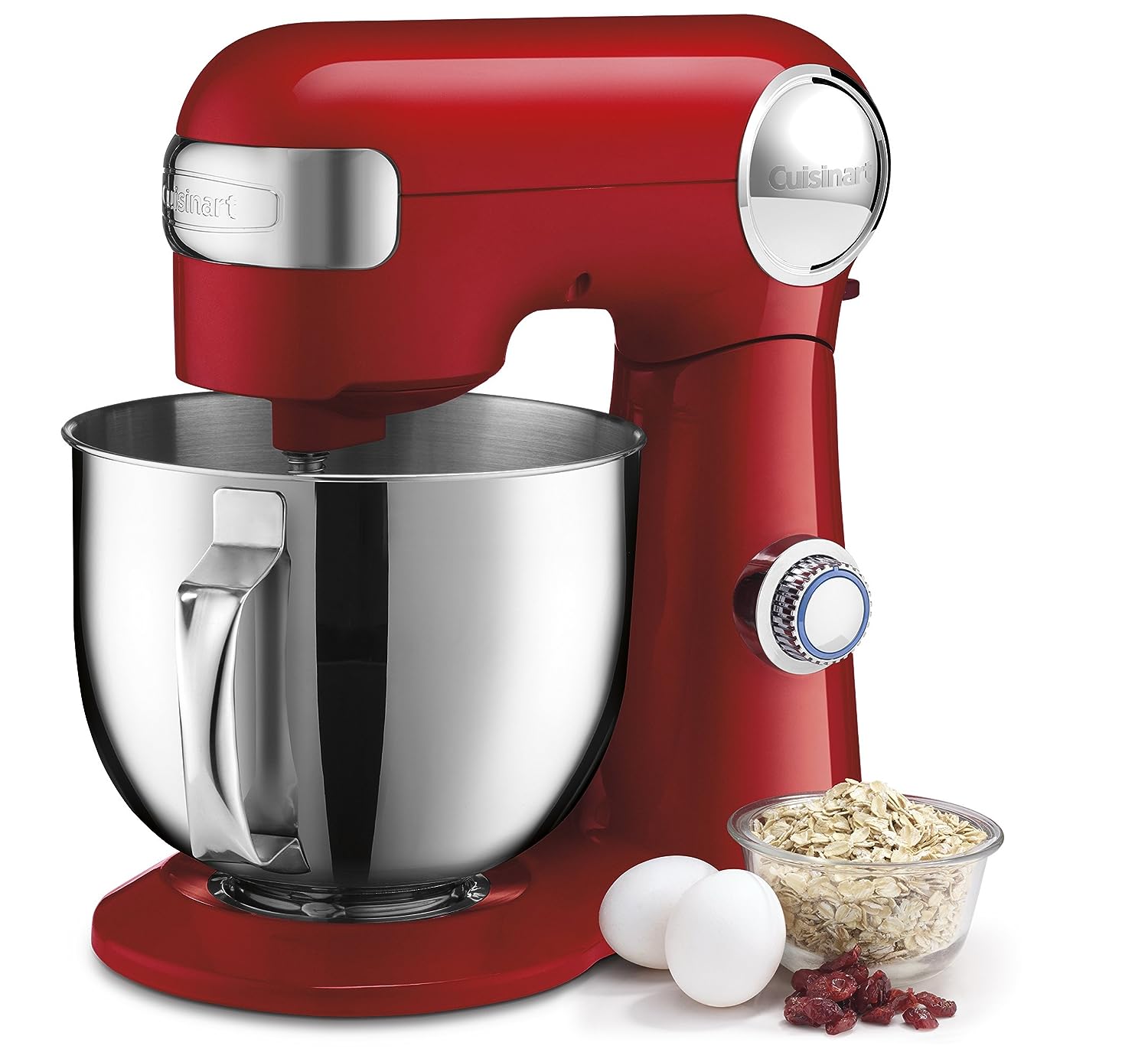 There isn’t a whole lot we don’t like about the Cuisinart SM-50, but there are some common complaints that come up now and again.

It is also not a “budget” stand mixer at a price of just under $200. That puts it out of budget for some shoppers, but it is still less than the KitchenAid.

Overall, we highly recommend the Cuisinart SM-50. The pros far outweigh the cons in our opinion, and we really like the price. Shop for it now to learn more.