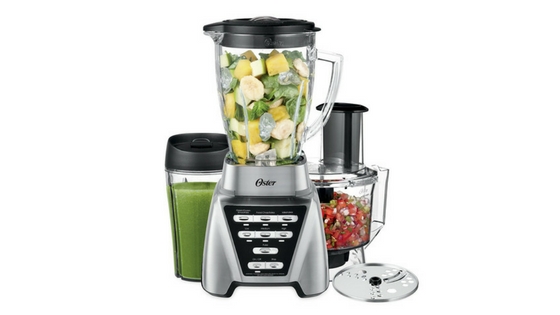 Oster has a multitude of kitchen products out there, and their Pro 1200 blender has gotten a fair amount of attention. Read on to our review and discover what all the hype is about.

The Oster Pro 1200 isn’t the most unique device on our list of best blenders, but it’s pretty popular nonetheless. This is mostly due in part to its abilities as a processor on top of traditional blending settings.

As I mentioned before, Oster’s product line is enormous. Some people tend to think that means less overall quality, but the Pro 1200 is more than just a cheap blender. With pre-programmed settings and intuitive metal blades, the Pro 1200 aims to be a diverse blender without the big price tag. 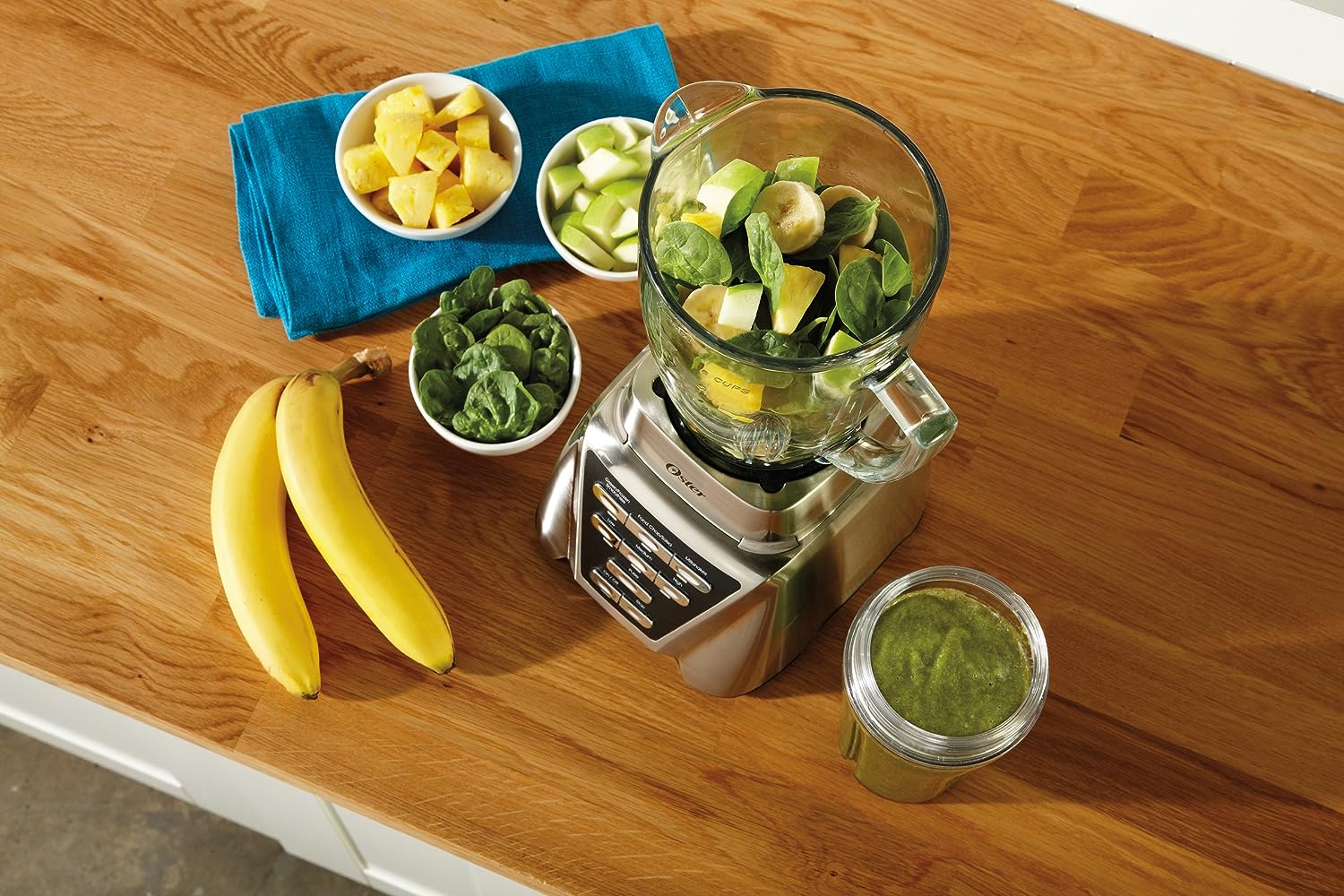 Why does the Pro 1200 have such a popular following? Its due mainly in part to its diverse range of functions. It has six in total, with the seventh being the Pulse function.

The first three are pre-programmed settings for salsas, milkshakes, and smoothies. The next three are low, medium, and high speeds.

It can take a little practice to get the right mix, but that’s why owners of the Pro 1200 appreciate the pre-programmed speeds. The Pro 1200 can blend and mix up to your liking with an included smoothie cup and food processor.

The 1200 watts of power enable multiple blades at the bottom to spin in forward or reverse motions.  By reversing the motion, the blender/processor pushes larger contents down towards the blades. For those who are having trouble getting their blenders to mince ingredients completely, you’ll really appreciate these reversible blades. 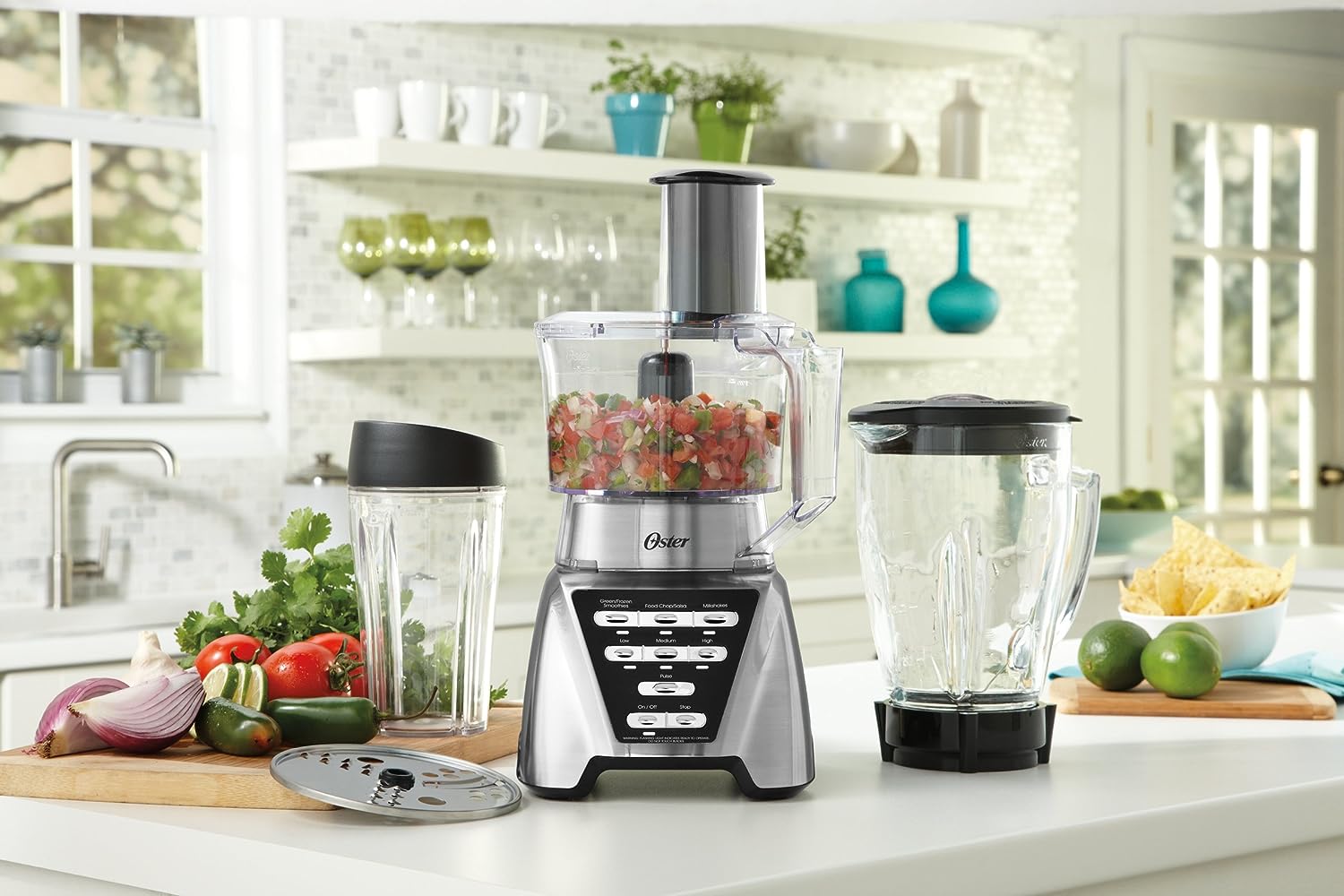 The Pro 1200 is the blender that’s by no mean “cheap” but doesn’t quite meet the standards of Ninja and other higher-end blenders.

The outer shell is constructed of molded plastic, which most users attribute to reoccurring problems in breakdown and wear.

Issues of rusting or snapping have occurred with the metals blades and leaks within the plastic containers. However, these problems don’t appear to be very common. Furthermore, breakdowns in the plastic and metal occur in blenders of all types and brands we’ve reviewed, so these problems are not unique to Oster.

One aspect you’ll enjoy is that you have the choice between the normal, 6-cup blending jar or the Tritan 8-cup jar. Be aware that if you choose the Tritan jar-you won’t get the smoothie cup.

There are definitely other blenders out there with all-metal constructions and better track records than the Pro 1200. However, in terms of blending and processing ability, the Pro 1200 is exceptional, if you don’t mind it being loud for a few seconds when its crushing thicker contents.

While the Pro 1200 isn’t the priciest blender/processor on the market, there are options that are cheaper. The question is, should you spend the money to upgrade or replace your current blender? I found myself drawing comparisons to the Hamilton Beach Multi-Function blender, which has similar applications with smoothie making.

In the end, I think the Pro 1200 would make an ideal upgrade from a cheap blender if you’re looking to diversify your meals and beverages without spending hundreds of dollars on a higher-end device.

Will the Oster Pro 1200 be your next purchase? Why or why not?